Classes of the Realm 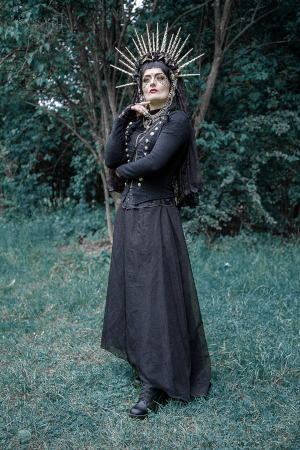 Once a character has reached at least level 400, they may embark on a lenghthy quest to learn the abilities of another class by multiclassing. Unlike base classes, any race can choose to multiclass into any other class. Strict adherents to the values and core abilities of their class can also choose to multiclass into the same base class, further enhancing their abilities and sometimes learning new and exotic spells or skills.

This ancient group of people were obsessed at attempting to transmutate metals into gold and develop various elixirs. They also learned offensive and defensive skills moderately well to protect their research. During their training, they studied with scribes and learned the art of writing spells onto paper and also to conjure spells into potions, but alas, they never learned how to cast them directly.

Clerics have an ancient belief in not carrying sharp weapons. Hence, they can only wield bludgeoning weapons. This class gives you the wisdom of peace, blessing and healing, though it is possible to learn some violent spells, typically used in defense. While Clerics may not cause the most wounds in a fight, they can certainly hold their own in terms of resisting injury and healing their allies in battle.

This is the class of powerful and violent magic, but the magic users do not control the nature, and therefore can not bless, heal, or cast protective spells. Many mages are drawn to the power of darkness and evil, but they must be careful that it does not drive them mad.

Thieves are known to have very special qualities that no other class offers. Their specialty tends to be in the darker, sneakier arts. These qualities can come in handy in many situations, such as picking locks, spying, or hiding from enemies. They utilize their stealth, rather than brute force, to gain an upper hand in combat, often inflicting great harm on a victim who doesn't even expect it. The intense focus on covert actions has led them away from practicing the magical arts.

Warriors are known to have more strength than the average player. This makes them better at hand-to-hand-combat, as they possess skills of violence and fighting unequaled by the members of any other class. Due to the intense focus and training on all out hand to hand combat, warriors lack the ability to use magic of any kind.

Multiclassing is a decision that will forever change your character, and cannot be undone. You can only multiclass once. Players that have attained the level of 400 or greater must search the entire realm for the Master or Mistress of the class they wish to multiclass into. Upon finding them, they will provide details of a quest that must be completed in order to prove your worthiness of multiclassing.

Do NOT give or accept any help on the multiclass quest. All characters suspected of cheating in this manner will be immediately purged and deleted. THIS IS YOUR ONLY WARNING!


© World of Pain, All rights reserved.